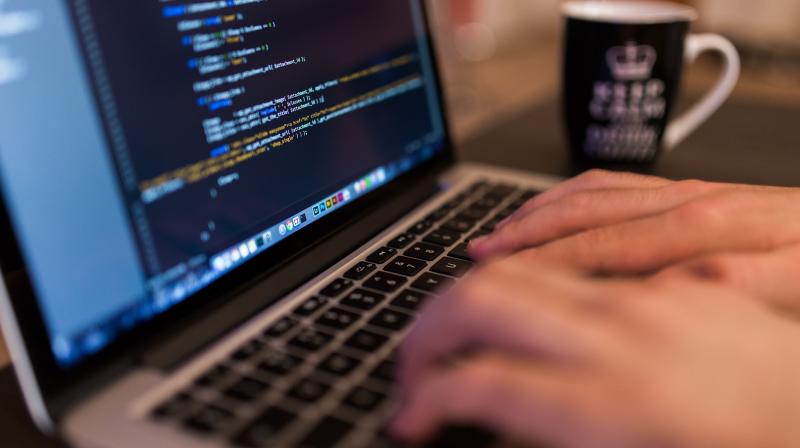 A Bahamian man who boasted after his arrest for hacking into celebrities’ email accounts that he will someday write a book to “shake up Hollywood” had the book thrown at him Tuesday by a federal judge who said five years in prison was the only way to keep him from harming victims.

US District Judge Paul A. Engelmayer cited 24-year-old Alonzo Knowles’ jailhouse conversations in doubling the sentence the young hacker might have received if the judge believed he showed genuine remorse and was no threat to society.

“So far, the criminal justice system has totally failed to get your attention,” Engelmayer told Knowles as he announced the sentence for stealing scripts and personal information from celebrities.

The celebrities were not identified, though Engelmayer noted 20th Century Fox had submitted a letter describing the danger Knowles posed. The judge cited the book Knowles claimed he would someday write, reading a jailhouse communication in which Knowles said: “When I get out, I’m going to shake up Hollywood.” Engelmayer also read from a letter submitted by a celebrity who said significant punishment for Knowles was the only way for victims to feel relief.

Knowles pleaded guilty in May to copyright infringement and identity theft charges, months after his December 2015 arrest after he flew from the Bahamas to New York City to sell 15 scripts and personal information on several celebrities for $80,000 to a law enforcement agent posing as an interested buyer. Knowles recently turned over the computer containing the information on celebrities and it was destroyed.

Assistant US Attorney Kristy Greenberg requested a stiff sentence, saying prosecutors learned when they studied Knowles’ prison communications that he still planned to exploit what he learned from “trolling the online accounts of hundreds of celebrities.”

“His motivation was greed,” she said, adding that he was “focused on becoming rich and famous.”

Greenberg said Knowles was boasting that he can embarrass the celebrities when he publishes a book containing information that can “jeopardize their careers, their security and their personal relationships.”

She said his capture of sexually explicit photographs and videos from some accounts “has caused a great deal of distress” to some celebrities in the entertainment, sports and media industries.

The prosecutor urged a sentence that would change his attitude after recorded communications in prison revealed he had identified at least one celebrity whose account he had hacked to fellow inmates and had tried to impress women with his boasts, including that he had embarrassing information on some celebrities.

“There’s a real audacity to his attitude here. He has not learned his lesson,” she said.

Before the sentence was announced, Knowles apologized to his victims and the judge, among others.

“What I did was wrong,” the Freeport, Bahamas, resident said. “I could have ruined people’s lives.”